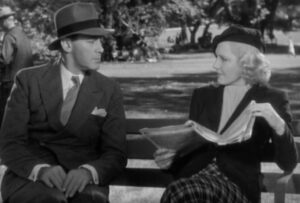 The “meet-cute” is a scene in which the two protagonists of a romance novel meet for the first time. The question arose recently among some romance writers about how long you can delay this key moment. First chapter/third chapter/first third of book?

Let’s look at this another way. Genre Romance is about a relationship between two people that follows the basic arc of meet, connect, have obstacle, overcome it, reconnect.

So what exactly is going on in a book if the couple haven’t met pretty near the start? Or at least heard about one another from very early on (consider Pride & Prejudice – Mr Bingley’s arrival is literally the opening line of the book – romantic interest in him, and subsequently his friend – is the plot from that very first sentence).

If you’re writing a lot about your heroine’s life, career development, etc etc, and there’s no mention of the hero, or even that a “hot new boss has taken over the corporation” then maybe it’s more general chick lit or even coming-of-age. And that’s fine. The sequel I’m writing to a genre romance – which features the heroine’s friend – is much more general chick lit than the classic genre romance that the first book was.

Ultimately if you’re writing chapters and chapters about both characters and their situation and backstory and so on, before they meet, then that’s probably too much background and you’re getting bogged down. Try to introduce these details more organically throughout the book.

The plot of a Genre Romance starts when two people meet because their relationship IS the plot, if that makes sense. The reader is nearly exclusively reading it for that element, though they may of course appreciate other aspects.

The meet-cute doesn’t have to be “cute”. It can be anything from mundane to exceptional. The drama comes from the emotions and reactions involved. Generally speaking there needs to be a strong reaction – even if it’s of dislike – but also the suggestion a strong attraction. She might think he’s a bastard, but he needs to be a hot bastard.