Digital books and the way they’re discovered has made the opening sentence of a novel much more critical. How can you hook a new reader in?

Here’s what’s changed with an Amazon Kindle eBook vs a printed book in your local bookstore:

Partly for fun, I deliberately chose the most provocative opening I could think of for my book His Model Student. It begins:

“Get undressed and hurry up about it. Immediately. You’ve already kept us waiting.” Steel-dark eyes glowered into hers.

That said, it’s not just about the first sentence. The first paragraph is more important, perhaps followed by “the look” of the first page. All text? Great big wall of text? Interspersed with dialogue? All dialogue?

I’d personally recommend a bit of a balance. All text and no dialogue will turn some readers off. But a full page of dialogue can look a bit like a play-script.

This “Look Inside” approach makes it tempting to start in medias res – at an exciting moment – and then flashback to the start of a story. This is not a bad strategy.

As she clung to the cliff by her fingernails, Betty wondered how she had ended up in this terrible predicament. Just then she heard a gunshot followed by a deep masculine voice calling her name. A tall shadow blocked out the sun. As strong hands reached down to her, the world went black…

Betty Brown worked as a secretary in a small town. She had grown up there her whole life. Every day was very much the same. She shared a flat with two friends and worked for a local company. Each morning she got up, had some toast and coffee, and bicycled to the office building where Ashford Accountants was located.

Such an approach at least sparks a bit of drama before we get bogged down with Boring Betty’s Backstory.

However, there is one more option.

You can start with an excerpt. This is actually what many fiction genres traditionally did in paperback versions. Just inside the cover, the very first page is often an excerpt from later in the story (typically of a stormy love scene or passionate exchange if it’s a romance). See here: 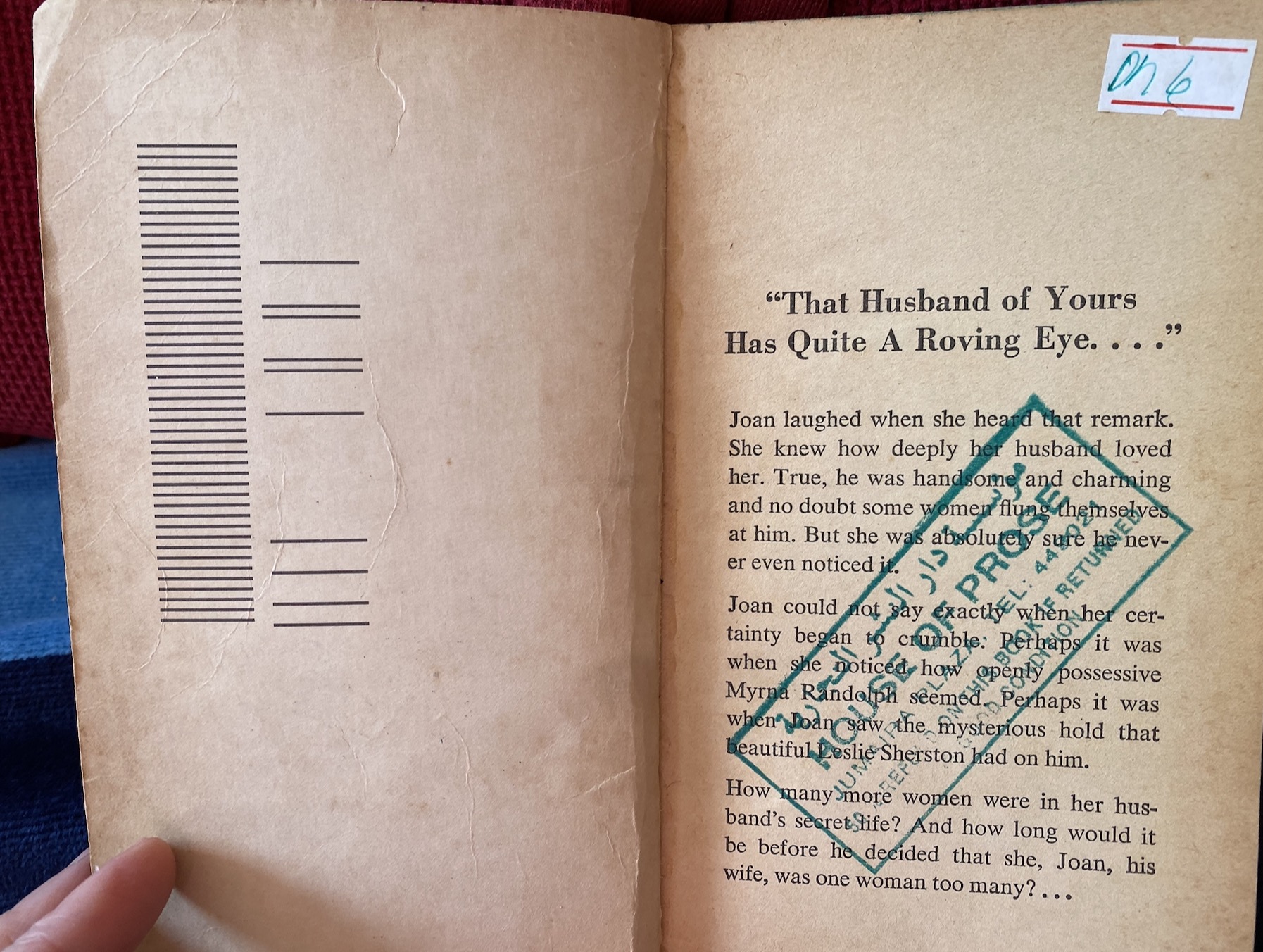 So if your novel has a slower start, put some action as a preview right at the top – use Italic text if you like – so it’s the first thing the reader sees in the Look Inside.

“Betty, my darling. Let me show you how much you mean to me.”

“Then it’s time for me to give you your first lesson.”

Betty Brown worked as a secretary in a small town. She had grown up there her whole life. Every day was very much the same. She shared a flat with two friends and worked for a local company. Each morning she got up, had some toast and coffee, and bicycled to the office building where Ashford Accountants was located.

Because readers – and I’m a reader as much as I’m a writer – are impatient and greedy and unwilling to delay gratification. We want a glimpse of the flesh before we’ve peeled the fruit. Unless a reader knows an author well, most aren’t prepared to risk money/time on something slow that never picks up pace.

You might be a literary reader yourself. You might like slow, poetical works, savouring every word and image. But these days you’re in a minority. If you want to attract more readers, you need to take an approach with wider appeal.