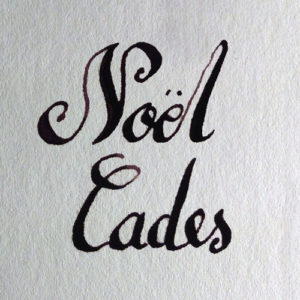 Noël Cades is a British writer who currently lives in Sydney, Australia.

Noël’s first novel, Forbidden Lessons (2014) and its sequel Forbidden Study (2016), were inspired by old schoolfriends and the teacher crushes and secret boyfriends they had at boarding school. In French Kissing (2015) a student falls in love with her teacher as they take part in a musical theatre production. In His Model Student (2016), a devastatingly sexy artist seduces his student.

In Tempting Her Teacher (2016) Catholic school teacher Carl Spencer faces a crisis of faith when he falls for his student Juliet. Stepping up the forbidden even more, in Falling From Grace (2017) Catholic priest Gabriel fights his growing love and desire for beautiful American student Leonie.

Summer’s Edge (2014) is a coming-of-age forbidden romance between a student and a devastatingly attractive sports coach, set in the era of free parties. In Man of the Match (2015) a woman falls in love with the England cricket captain. Noël is also working on The Actor (TBC), featuring a student who falls in love with a famous actor.

As well as being a writer of romance, Noël is a huge reader of romance, with favourite genres including Regency romance, Vintage romance (Mills & Boon, Harlequin), Gothic romance and Student-Teacher romance. You can read many of her reviews here.

This site uses Akismet to reduce spam. Learn how your comment data is processed.