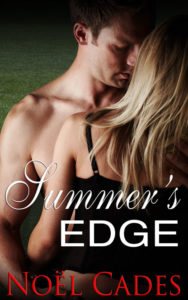 He’s fighting it but he needs this as much as I do.

When Stewart Walker finds out the girl he kissed is a student at his school he’s furious and determined to keep away. But 18-year-old Alice has fallen hard and won’t give up.

She wants him to teach her body and her mind, even though a relationship is strictly against the rules.

He’s struggling to resist the attraction despite knowing he could lose his job.

Throughout the illegal raves and festivals of Britain’s summer of ’92, Alice and Stewart dance closer and closer to the edge.

Summer’s Edge is available at:

Around Books – 6/11/14
“Truth is, it is an amazing book, because the characters really evolve with the story.”