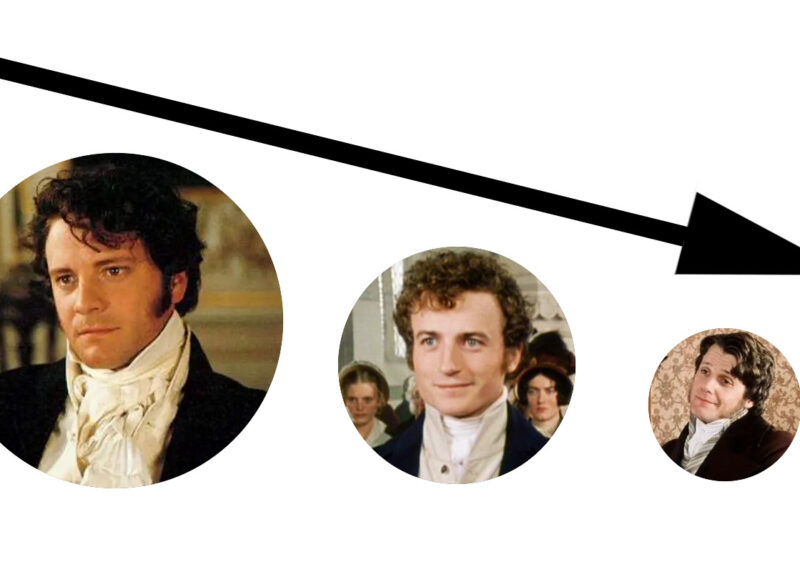 The first series of Bridgerton was enormous fun. It was very much a “Disney” version of the Regency period, and a very Americanised version of it. But it was entertaining, the costumes were glorious (if not historically accurate) and the romance was wonderful.

The problem is that having used up the “No 1  prize” of London society – extremely rich, spectacularly handsome, a duke – where do we go now?

The “Darcy”(=Duke of Hastings) is married off, so who’s left? His nice-but-homelier, less wealthy, less prestigious cousin Colonel Fitzwilliam/Viscount Bridgerton)?

It all seems a bit second-rate. A bit consolation-prize.

I’ve read some multibook series and what I’ve tended to find is that the heroes become less of a “prize” as the series goes through, as the “other man” character becomes the hero in the next one.

So there’s this continually “declining” set of heroes. I’m not sure how one gets around this, but either introducing completely new heroes for each book might work, so you don’t end up with “supporting cast”.

Or avoid establishing spare males in the first book as distinctly “secondary” to its hero if an author plans to use them as protagonists in future books.