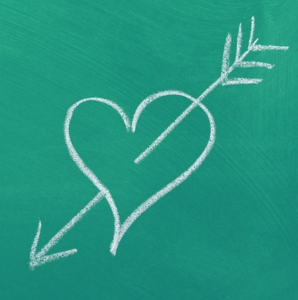 Relationships between students and teachers, whether at high school or with university professors, is a hugely popular genre. There are perhaps three main reasons why:

The “classroom crush” in literature

Student-teacher romance is a genre with a long tradition in literature. Consider “The Woman in White” by Wilkie Collins, where Laura falls in love with her art master, Walter. Or “Anne of Green Gables” by L M Montgomery, where the local schoolmaster Mr Philips and his pupil Prissy share a tendresse.

Today there is an ever growing number of novels featuring relationships between students and teachers, with a very wide range of endings. In a recent analysis of around thirty novels, around two thirds of them had happy endings, in which the teacher and the student ended up as a couple. Others involved heartbreak, separation, jail and even death.

Illicit affairs on the silver screen

We also see this theme covered in film, though changing social attitudes are reflected in how it is portrayed. In our grandmothers’ era it was normal for young women to marry and even start families as teenagers. Today it’s frowned upon even though it may still be legal.

But in the past few decades, student-teacher affairs have been a much more negative theme. They are shown to be destructive, exploitative, abusive and even fatal. Examples include Noce Blanche (1989), Indecent Seduction (1996), Blue Car (2002) and Palo Alto (2013).

Writing about student-teacher romances is interesting. It’s about exploring the kinds of emotions that drive two people to take that level of risk. It’s about revisiting one’s own former fantasies and secret heartache, and wondering what if?

Is it possible for a student and a teacher to genuinely fall in love and manage to sustain a healthy, fulfilling relationship? And if so, is that a good thing?

It’s hard to come to any single conclusion, either as an author or writer. But it’s certainly an exciting literary ride trying to find out!