Toney is good hearted and absolutely irrepressible and wins every battle with her aunt. She also effectively rescues the aunt’s poor downtrodden companion, Miss Crump. You can see an eventual romance coming a mile off, though that doesn’t all really happen until the sequel Harum Scarum’s Fortune.

There’s plenty of drama and period detail in this, and of course at least one death. This is a Victorian novel after all.

Parts of the start are so amusing that I remember laughing out loud in the middle of the night while reading it on my iPhone. I even laughed out loud the second time I read it, and I’m not typically the most jocular of readers.

In fact I loved Harum Scarum so much that after reading it via Gutenberg I went and actually bought a second hand copy of the print novel, followed by copies of the two sequels. There are now modern reprints but I rather like the old editions you can get on Abebooks and elsewhere, as they have lovely illustration plates. 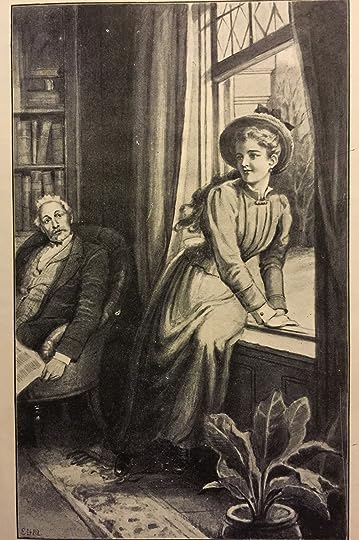 I’d love to read more of Esme Stuart’s works, she apparently wrote several dozen novels, but most seem to be long lost and out of print save for a few on Abebooks. She’s rather difficult to search – her real name was Amélie Claire Leroy – because her pen name was taken from various dukes who show up a lot more in search results. Hopefully these will eventually be digitised, along with others that people dig up in their attics.