So let’s be honest: there’s only one reason we all read a book like this. It’s for the Big Wedding Night/consummation scene. Because it’s a forced, arranged marriage by domineering older man Alex, and the heroine, Toni, is a typically timid virgin.

We all want to know what happens. That’s why we skim over the dubious and spurious waffle as to how putting up your daughter’s hand in marriage as security for a loan is somehow legal in the UK. (Which it’s not, whether in the 1970s or at any other time. And we all know that. And Anne Mather knows it). But we grant her some artistic licence, because we’re not here for realism. We’re here, because whenever we find out someone had an arranged marriage, our first question is always: what was the wedding night like? 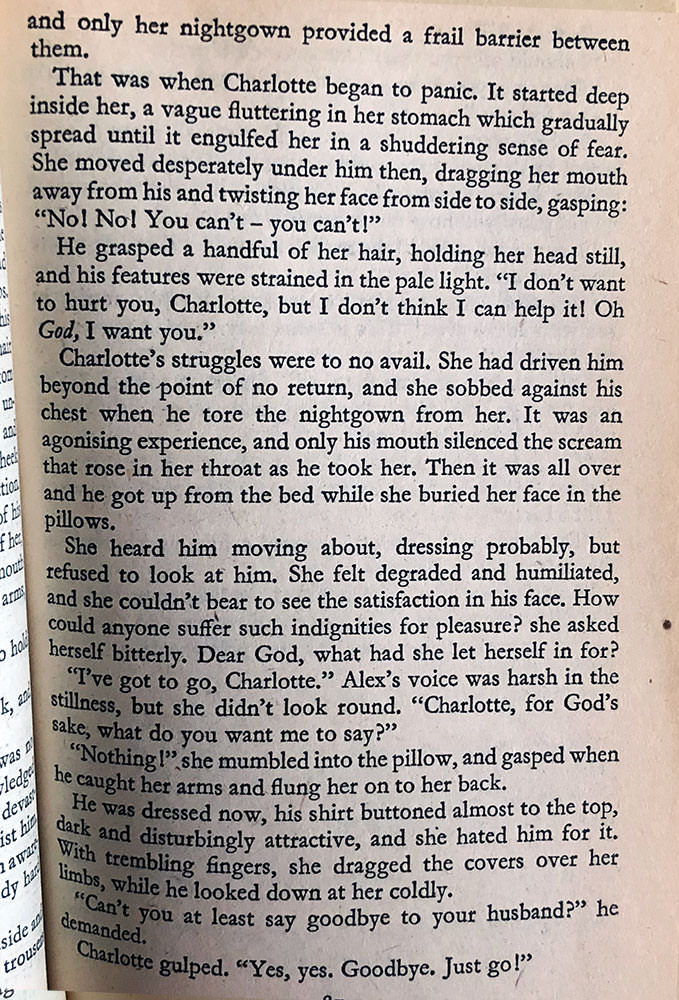 We’ll just remind ourselves that Toni is a teenage virgin and and Alex is over forty, “old enough to be her father” as he himself admits. We later find out that supposedly he first saw her when she was 12, and “a skinny slip of a schoolgirl”, and he was 33. And then:

“But as you grew older, my feelings changed. But you were still much too young. You still are. But God help me, I’m a man, not a saint! And I wanted you. I still do.”

When? Toni has never met Alex or seen him before in her life before he turns up on her doorstep announcing that he owns her. Has he been stalking her and spying on her from afar? It makes little sense, but it’s hellishly creepy.

So there you have it. Naturally it turns out that Toni gets pregnant, and there’s plenty of drama about this, and each thinking the other wants a divorce, but of course she Stockholm Syndromed herself “in love” with him.

Do I recommend this one? Yes, if you’re a fan of age gap, Anne Mather, and you can cope with THAT scene. 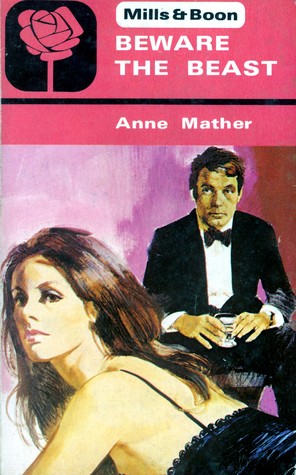