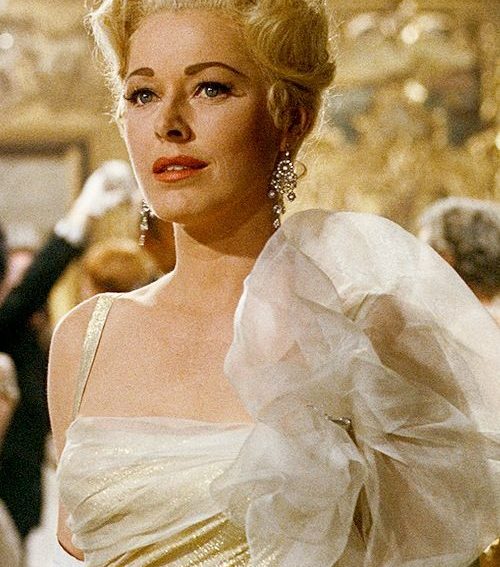 The clothes in vintage romance novels are always a marvel of cringe and ghastliness. While it’s fascinating researching Regency costumes, for which there are many informative articles, photographs and drawings, it’s quite another when we shift the dial on the time machine to the second half of the 20th century. There, we can enjoy delights ranging from “a silky acrylic fibre” to a “full skirt banded with rows of handmade lace dyed to match the fabric, a peasant-style neckline with tiny puffed sleeves… trimmed with satin ribbon” (thanks to Penny Jordan for that monstrosity, in a “cool shade of green”).

The frocks in Jilly Cooper novels are a particular delight, they always sound atrocious:

Taggie, having rifled through her wardrobe in despair, had rushed into Cheltenham and bought a beautiful violet dress with a scooped neckline, a nipped-in waist and flounced gypsy skirt. Newly washed, her dark hair fluffed down to her shoulder blades as though she’d beaten it with an egg whisk.

Quite how Jilly  Cooper’s female characters consistently find anything wearable in 1970s and 80s Cavendish House, Cheltenham, where they frequently seem to shop, is anyone’s guess. Perhaps that’s why every single female character in the book ends up borrowing this purple horror at one point or another (even Taggie’s mother Maud, from memory).

Just like the Baroness in the Sound of Music (remember that glorious gold lamé?!) it’s so often the Other Woman who gets the really *special* dress:

The girl who erupted into the tiny turret room dazzled Julie. Tall and slim and willowy, with Afro-curled hair tinted a startling shade of red, she was wearing a scarlet jump-suit that somehow just failed from clashing madly. The jump-suit was made of satin, and clung to every line of her slender body, and it was obvious even to the least perceptive of eyes that she wore nothing beneath it. Blue eyes surveyed them from beneath artificially-long lashes, and black mascara had been used to elongate them to good effect. Combined with shiny red lip-gloss, her make-up was perfect, and Julie wondered who on earth she could be.

For what it’s worth the first person that comes up on Google Images when you search for “scarlet satin jumpsuit” is this: